An FBG is a periodic and permanent modification of the core refractive index value along an optical fiber. This modification is generally obtained by exposing the core of a photosensitive optical fiber to an intense UV interference pattern. An FBG is defined by several physical parameters. The grating length L is the optical fiber length along which the refractive index modulation is realized. The periodicity and the amplitude of the refractive index modulation are defined by Λ and δn, respectively. The order of magnitude of these parameters typically varies from 0.2 μm to 100 μm for Λ, from a few mm to a few tens of cm for L and from 10−5 to 10−3 for δn. The inscription of such a perturbation in the fiber core induces light coupling between two counter-propagating modes. This mode coupling is produced for some wavelengths around the Bragg wavelength defined by the Bragg condition:

As shown in Figure 1, an FBG acts as a selective mirror in wavelength around the Bragg wavelength for which there exists an energy transfer from the forward-going to the backward-going fundamental core mode. Physically, for each period of the FBG, a weak Fresnel reflection is produced due to a variation of the refractive index value. An important reflection is obtained when all the weak contributions add in phase. This condition is respected for the Bragg wavelength.

The grating planes are subject to temperature and strain perturbations, which modify the phase matching condition and lead to wavelength dependent reflectivity. Therefore tracking the wavelength at which the Bragg reflection occurs is the way to obtain the magnitude of the external perturbation.

The main advantage of FBG sensors is that the information about the perturbation is wavelength-encoded. This property makes the sensor self-referencing and independent of fluctuating light levels. The system is therefore immune to source power and connector losses that affect many other types of optical fiber sensors. The very low insertion loss and narrowband wavelength reflection of FBGs offer convenient serial multiplexing along a single-mode optical fiber. There are further advantages of FBGs over conventional electrical strain gauges, such as linearity in response over many orders of magnitude. Furthermore, FBGs can be easily embedded into materials to provide damage detection or internal strain field mapping. FBG sensors are therefore very important components for the development of smart structure technology.

TFBGs are short period (~500 nm) gratings with a refractive index modulation slightly angled with respect to the perpendicular to the optical fiber axis. In addition to the self-backward coupling of the core mode, they couple light into backward-going cladding modes. Their transmitted amplitude spectrum displays several tens of narrow-band cladding mode resonances (FWHM ~100-200 pm) located on the short wavelength side of the Bragg resonance (or core mode resonance) corresponding to the core mode self-coupling.

The core mode resonance provides an appropriate temperature and power reference, as it is not sensitive to SRI changes. According to phase matching conditions, every cladding mode resonance possesses its own effective refractive index and the maximum refractometric sensitivity is obtained when this effective index approaches the surrounding refractive index (SRI) value. Hence, TFBGs act as spectral combs and are the only optical fiber configuration able to probe simultaneously but distinctively all the optical fiber cladding modes.

The detection principle of resistive sensors is based on the variation of the resistance of a film upon adsorption of the gas molecules on the surface of a semiconductor. The latter induces variations of the electrical conductivity so that a measurement of the resistance can be correlated with the gas concentration. 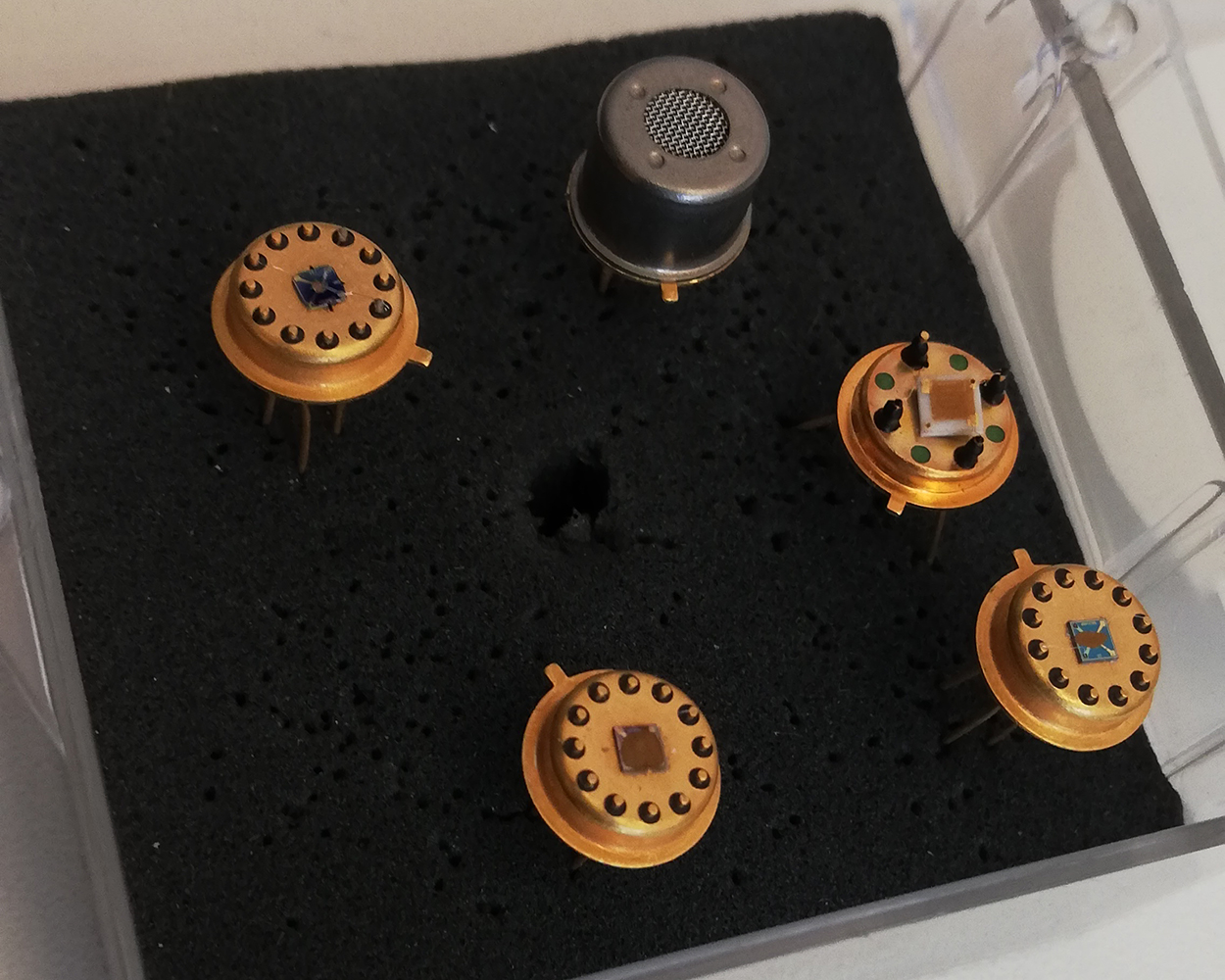 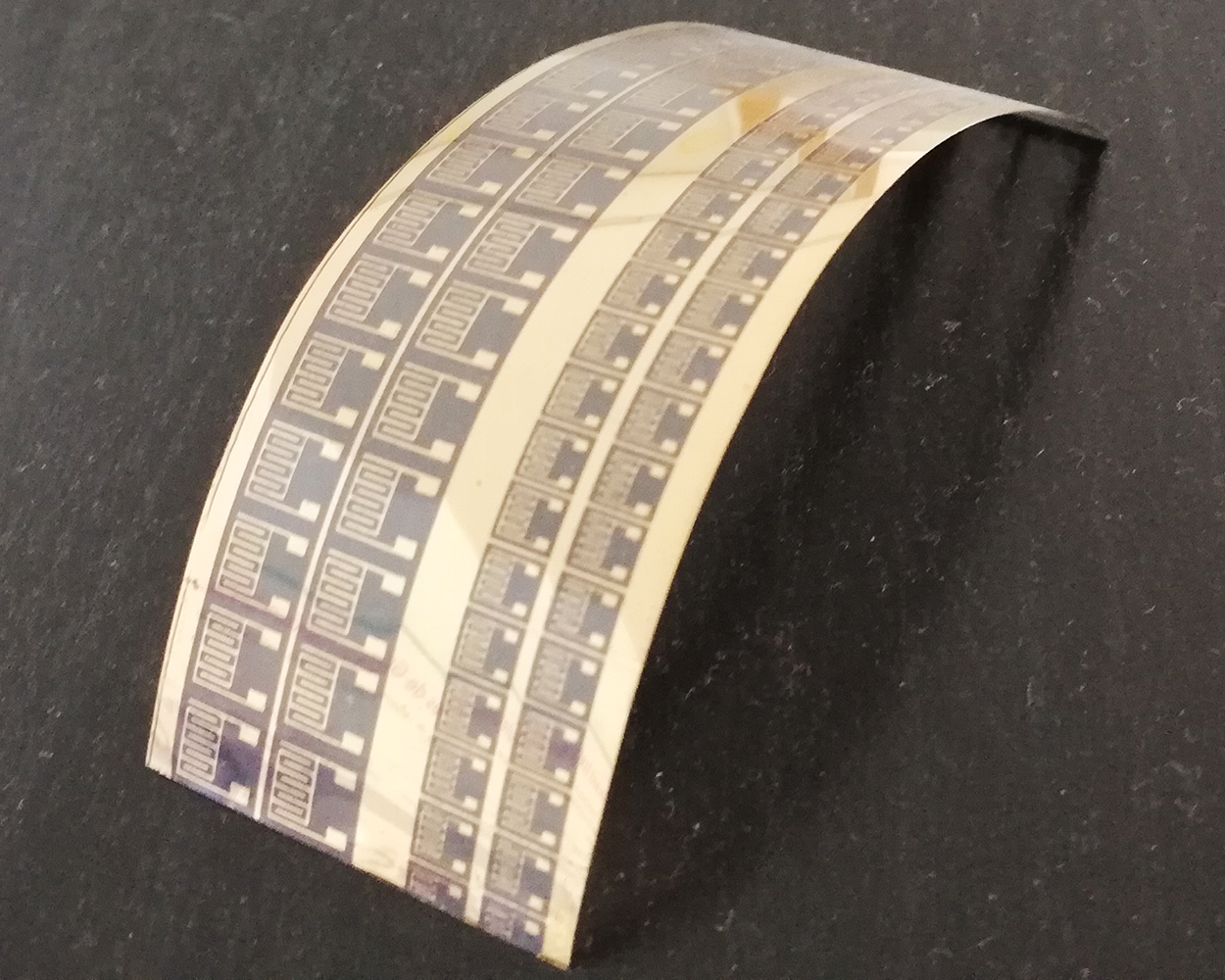